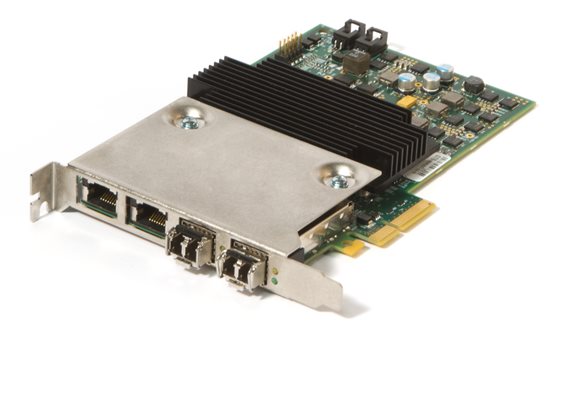 The SEL-3390E4 Ethernet Network Adapter Card is a 10/100/1000 Mbps PCI Express (PCIe) expansion card that is part of the SEL dependable computation for critical infrastructure computer line. It is designed, built, and tested for use in harsh industrial and substation environments, providing a wide operating temperature range and immunity to ESD, shock, and vibration. It can also be ordered with conformal coating for corrosion immunity. The SEL-3390E4 complies with the PCIe form-factor and can also be installed in other PCIe-compliant computers or servers.