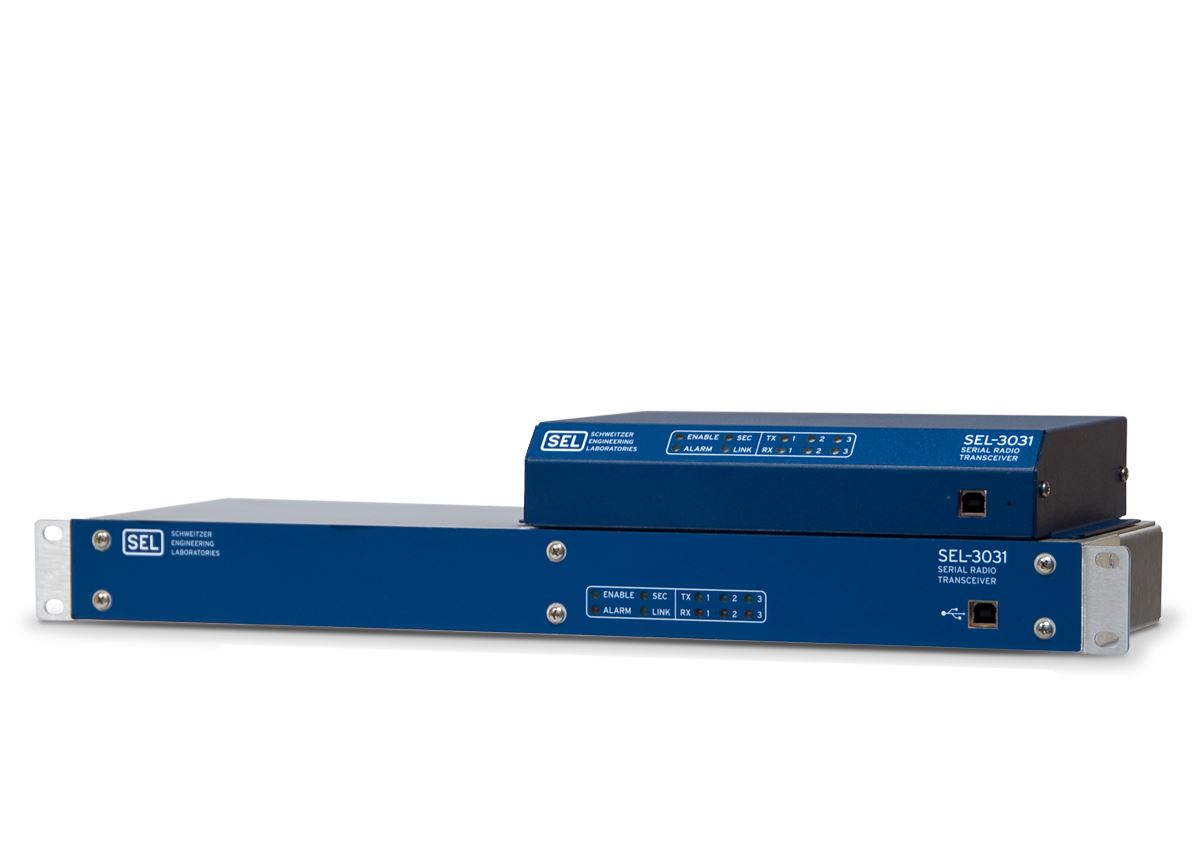 The SEL-3031 is a 915 MHz ISM serial data radio that supports point-to-point (P2P) and point-to-multipoint (P2MP) operational modes. In P2P mode, the SEL-3031 supports three serial data ports in one radio channel. The ports are completely independent and support a mix of protocols, including DNP3, Modbus, Mirrored Bits communications, SEL Fast Message, plain ASCII, and more. In P2MP mode, a one-channel master radio communicates with multiple remote radios for supervisory control and data acquisition (SCADA) or other data-gathering applications. SEL Hop-Sync technology optimizes collocated radios applied as multiple point-to-point links or as active repeaters. The SEL-3031 is a low-power device using less than 5 W in the wall-mount version, allowing it to be incorporated into recloser controls, such as the SEL-651R. A standard 1 RU high rack mount version is also available, all backed up by SEL's no-questions-asked, worldwide, ten-year product warranty.

Three Ports in One Radio Reduce Costs
In P2P mode simultaneously communicates with up to three independent ports and protocols (IPP). In electric utilities, for example, between distributed generation and the point of common coupling, use one channel for teleprotection, another for the electric utility SCADA, and one for the IPP SCADA. Similarly, in oil and gas operations, control and monitor the remote infrastructure of your facilities, including oil terminals, storage tanks, water intakes and outflows, pipeline terminals, cooling towers, and more.

Radio Link Path Study
SEL provides radio link path study reports for up to five radios free of charge for the planned use of SEL radios. Customers gather the initial planning information to support the study. The path study gives a high degree of confidence that the link will work when installed.

For networks with more than five radios or full system design and implementation, SEL offers a service for a fee through SEL Engineering Services.

The SEL-3031 is approved for use by the governments of the following countries: